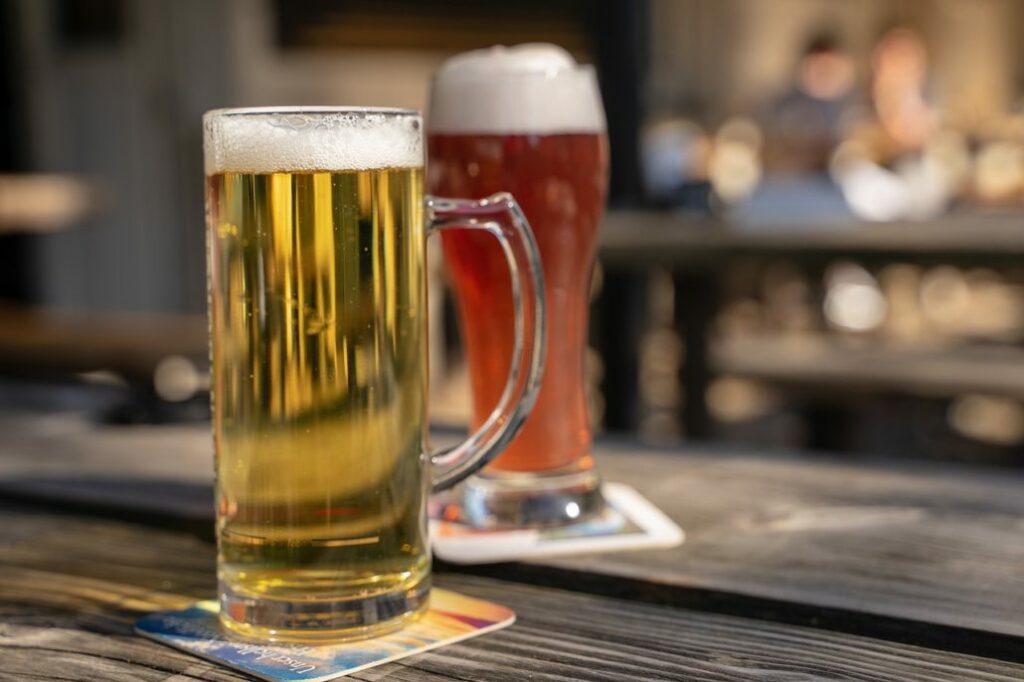 What a friendly date on the calendar: National Beer Day! Any day can be a good one for a cold one, of course, but we can certainly get behind raising the glass specifically for April 7th.

Join us here at St. Mark’s Square for the occasion: We’ve got a rich array of bottled and draft brews for your sipping pleasure, not to mention a boatload of other drinks a ‘pouring…

National Beer Day: Marking a Nail in the Coffin of Prohibition

Some national days are a bit on the random side of things, but National Beer Day—while of recent coinage—has some genuine historical resonance.

National Beer Day commemorates the date that the Cullen-Harrison Act—the piece of legislation that legalized the sale of 3.2% beer (and wine) in the U.S. —went into effect in 1933. It was an important brick being knocked down from the wall of Prohibition, given that constitutional ban on the making and sale of booze was officially struck down at the end of that year with the ratification of the Twenty-first Amendment.

We invite you to celebrate National Beer Day this April 7th, 2019 with us here at Mercato della Pescheria, where besides a splendid menu of Italian cuisine we serve up no small number of brews. Those include a very sturdy lineup of draft beers, among them the Italian classics Moretti Rossa and Peroni as well as more globe-spanning suds such as Blue Moon, Stella Artois, Guinness, and New England’s legendary (and heavy-hitting) Dogfish Head 60 Minute IPA.

Domestic and imported bottles—from Coors Light and Michelob Ultra to Corona, Menabrea Ambrata, and Sierra Nevada Pale Ale—round out the beery picture. Whatever the style of brew you most like quaffing, we’ve got something perfect to wet your whistle, and what more poignant day to do so than April 7th?

Other Drink Specials for the Occasion

Italian wine to perfectly mixed cocktails such as our Whiskey Sour, Moscow Mule, or Mediterranean Gin & Tonic, we’ve got all sorts of other adult beverages at the ready in case you want to think outside the box for a National Beer Day round.

Keep in mind our topnotch Happy Hour menu on offer from 3 to 6 PM, when awesome beer and other drink specials go hand in hand with great deals on such brew-friendly edibles as our steamed mussels, seafood croquettes, bruschetta, and Mercato Oyster Plate.

Come join us here in the heart of Vegas for a National Beer Day duly celebrated in Mercato della Pescheria style! We can’t wait to raise a frothy glass with you.