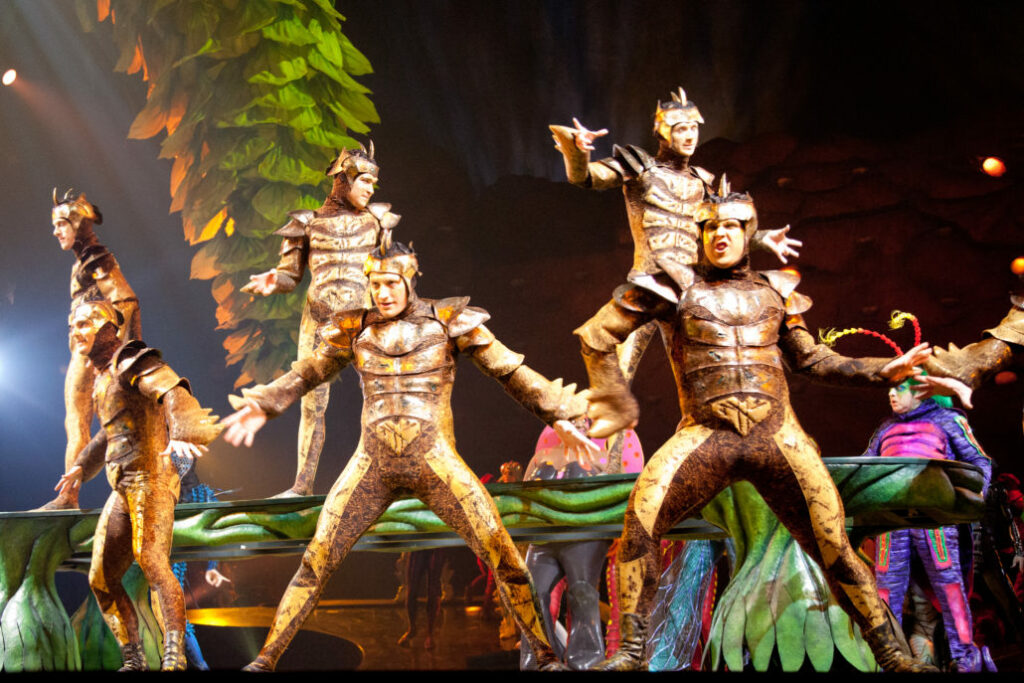 These days, Cirque du Soleil and Las Vegas are inextricably linked. The performing troupe’s permanent shows here have become defining fixtures of the Entertainment Capital of the World’s peerless nightlife.From the Fab Four celebration of The Beatles LOVE and the King of Pop blowout Michael Jackson ONE to the “oldie-but-goodie” Mystere, Cirque du Soleil is the sort of spectacle you try your best to describe with any number of superlatives: adjectives attempting to convey the athleticism, the artistry, the storytelling, the seamless blend of physicality and costumery and music. But it’s ultimately something that only can truly be appreciated in the flesh—as with all great things in life, right?

An Italian dinner or seafood feast here at Mercato Della Pescheria combined with a night on the town at a Cirque du Soleil show adds up to genuine Las Vegas magic. To get you primed for that double-header of an experience, here’s a snapshot history of the legendary troupe!

Cirque du Soleil (“Circus of the Sun”) sprang out of the vision of buskers Guy Laliberté and Gilles Ste-Croix and the vibrant street-performer scene of Baie-Saint-Paul, a village not far from Quebec City. In 1984, Laliberté christened their troupe as it made a high-profile debut touring Quebec during the 450th anniversary of Jacques Cartier’s discovery of Canada.

This topnotch group of firebreathers, stilt-walkers, acrobats, and other performers soon gained fame throughout Canada for their exquisitely choreographed and produced shows. Its American breakthrough came in 1987 at the Los Angeles Art Festival, a rousing success backed by appearances in San Diego and Santa Monica.

In 1990, Cirque du Soleil hopped (and twirled, and danced, and leapt) across the pond to appear for the first time before European audiences—to similarly triumphant effect. Three years later came the troupe’s original permanent show as Mystere premiered in a custom-made theater right here in Las Vegas.

Headquartered in Montreal, Cirque du Soleil now employs thousands of people and has performed a staggering variety of shows all across the globe.

Set as we are in the Venetian & Pallazzo Hotel & Casino at St. Mark’s Square, we provide deliciously (literally) convenient dining options for a Las Vegas Cirque du Soleil show. Experience a truly quintessential evening out here in the heart of the desert with a meal at our fabulous and beloved restaurant and an unforgettable exhibition of human agility, spectacle, and emotion.