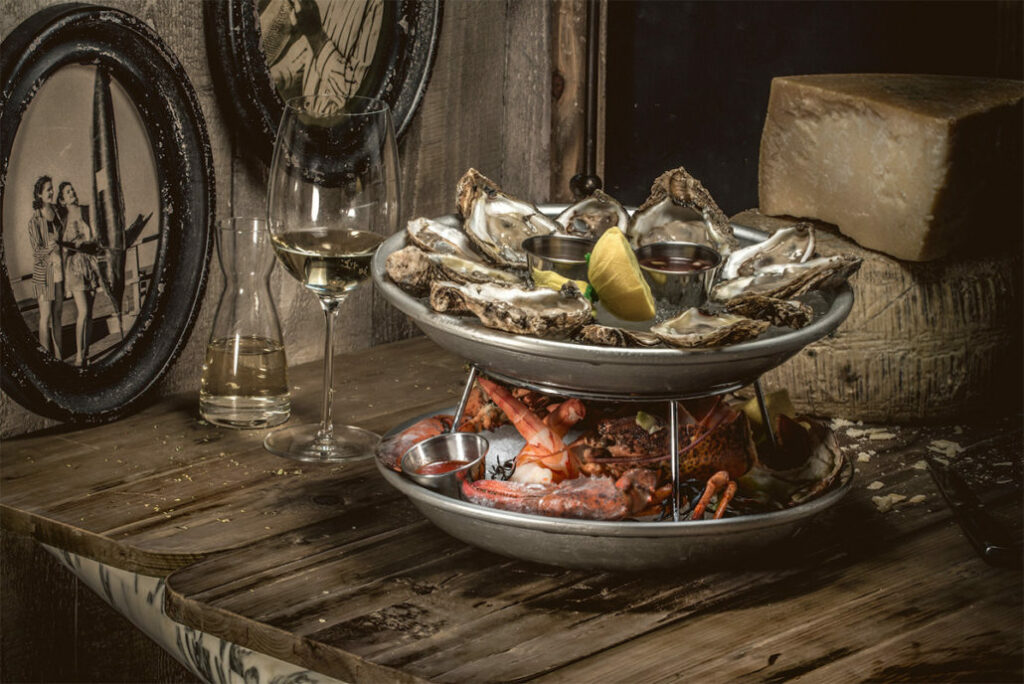 It’s been three years since Spaghetty Western (10690 Southern Highlands Pkwy., spaghettywestern.com) opened its doors in the Southern Highlands area. Since that time, it’s gone from a simple counter trattoria to an expanded room with full dining service and a cool little neighborhood bar. As busy as this place is, some people still don’t understand the concept behind the name, which you all know is a broad subgenre of Western movies produced by Italians. (Think: The Good, The Bad & The Ugly.) In other words, if you go into Spaghetty Western and imagine you’ll be ordering spaghetti with barbecue sauce, you’ve got it all wrong … and ew. Instead, what you’ll discover is hearty, delicious Italian-American cuisine.

Chef Victor Hernandez takes pride in making virtually everything from scratch, from the sauces to the pizza dough. The signature dish, Spaghetty Western, which is a generous portion of spaghetti smothered in red sauce with green peas, garlic, basil, red onion and sautéed deli meats. The light and flavorful chicken cacciatore is flour-dusted, pan-seared chicken with roasted peppers, house marinara and red wine served with angel hair pasta. And calamari, flash-fried for an extra light crisp, comes with three whole shrimp on the side as a bonus ocean catch. For dessert, Spaghetty Western’s house-made tiramisu layers feather-light mascarpone over Italian ladyfingers softened with a dash of marsala wine. And finally, request something from the bar, such as the house-made limecello.

We know that chef Rick Moonen is passionate about sustainable seafood. To wit, he suggests eating lower on the food chain. Naturally abundant in the ocean and not as susceptible to overfishing are smaller fish such as herring, sardines, mackerel and anchovies. Their small bodies also prevent the accumulation of heavy metals such as mercury, which is common with larger fish like tuna and salmon. That said, you’ll have to try boquerones at his restaurant RM Seafood (in Mandalay Bay, rmseafood.com). Fresh Spanish marinated anchovies, tomato relish olive tapenade, baby spinach and hard egg, served with grilled bread. Even if you detest anchovies, give boquerones a chance! You’ll be glad you did.

Whenever I come across a restaurant that boasts antique pieces in its decor—particularly kitchen antiques—I get excited, because I, too, collect vintage kitchen pieces, particularly California pottery. Mercato della Pescheria (in The Venetian, venetian.com) has a design that is influenced by an old Italian seafood market, but still reflects modern Las Vegas–style dining. Sprinkled throughout are antiques definitely worth checking out. Of the 20 or so pieces, notable items include a turn-of-the-century Howe scale, a circa 1908 National cash register, a Keeley “Romantic” cast iron stove from the 1700s, a 1900s Olomo candy scale from Argentina and an Italian deli slicer from ’20a/’30s. After you’ve had a chance to peruse the antiques, sit down for one of the house’s signature dishes, including short rib pappardelle and the seafood platter—because that’s what you eat when you’re at an Italian seafood spot.

Marisa savors with all five senses.  Read more at VegasSeven.com/DishAndTell or visit her blog LoveAndRelish.com.